Like the majority of supporters, I’ve been mildly enthused with the changes Van Gaal has put in place since last summer. The football hasn’t been great, granted, but I’ve been towing the line and trying to focus on the positives. He’s cleared out numerous has-beens and never-gonna-bes, he’s brought in some decent players and he’s doggedly tried to instil this new ‘philosophy’ (more of which later). Whatever belief I had, however, has now been spent. Call it a moment of clarity, a rattle-out-the-pram incident, whatever… that final 48 hours of the transfer window on top of the last 20 minutes at Swansea has seen me flip-flop into the non-believer camp.

Swansea. It’s now over a week ago but I’m still finding it hard to shake the utter abomination of a performance that followed Mata’s goal. Luke Shaw aside, we were an absolute disaster. From the moment Fellaini entered proceedings, there was only one way it was going to end up. Seriously, is that it? That’s the extent of Plan B? Abandon all thoughts of playing football and lump it up front to the big lad? It’s so appalling it’s almost laughable – the kind of thing I’d stop myself doing when my lad’s under 7’s team were about to lose another game. It’s 2015 and that’s what we’re reduced to? That’s part of the philosophy? Seriously, every other manager/coach in the country must be pissing themselves.

Under Ferguson (and no apologies for mentioning him, he’s our main point of reference and set the standards for modern-day Manchester United), we were famed for our approach to chasing games in the dying minutes. It wasn’t done by simply ballooning the ball forwards, it was done by increasing the pressure, tempo and intensity until the opposition simply capitulated. This was coached into the players from the day they joined the club. We did it all the time… so frequently it became second nature. A reflex, almost – without thought or hesitation.

United under Van Gaal don’t play to their instincts, they play to a philosophy that demands stilted, possession football which stifles any attempt at creativity. Wander out of position, you get dropped. The amount of times players are seen glancing towards the bench rather than looking to each other for direction is telling. We’re inflexible – to the point the team lacks a collective personality and struggles to adapt to changing conditions (not the weather) mid-game.

So by looking towards the bench, what do the players actually receive? Very little, it appears. I can’t recall Van Gaal making a single call from the touchline, not one. Instead he’s sat on the bench clutching a dossier full of instructions which have presumably been relayed in painstaking detail during the days beforehand. Again, this just seems utterly baffling and unworkable. Things happen in football matches which require teams to react and improvise… United simply don’t at present. The message is clear, the team’s brain sits on the sidelines and deigns to speak to you when he sees fit. Until such time, you just do what you’ve been told.

Thankfully, due to real-life commitments, I managed to swerve deadline day on SSN this year. 12 hours of Jim White, Guillem Balagué and their ghastly supporting cast of unemployable ex-pros wasn’t worth a day’s holiday; so I was content to be stationed in work with nothing but text messages and internet access to keep me informed of ongoing developments. 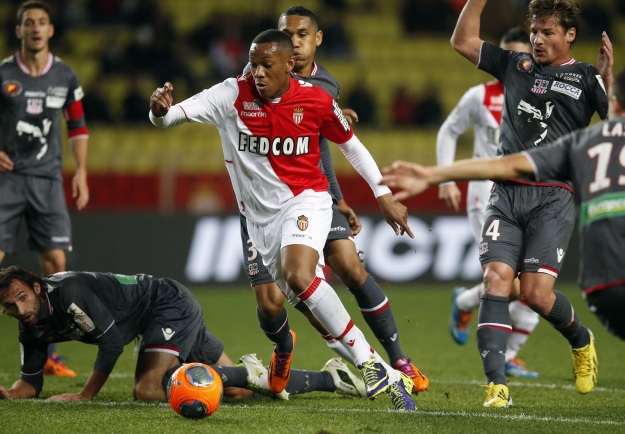 Obviously, very little work got done. After the relative calm of deadline day last year, this year’s saw a return to the bumbling catastrofuck of 2013 aka ‘Fellaini Day’. Then, as now, we’re left surveying the aftermath and thinking, ‘what on earth has happened there?’

The club’s approach to acquisitions now appears to be completely at odds with the football we’re witnessing. Whereas everything is meticulously considered and precise on the field, with zero surprises mandatory; our method of signing players is more on a par with Van Gaal’s end of season speech – somewhat eccentric and largely incomprehensible. Instead of signing the central defender we’ve needed all summer, we sold one instead. Rather than sign a new keeper, we sold another… in fact we very nearly sold another three.

Whether the De Gea non-transfer was United taking revenge on Madrid for the Ramos dealings, or Perez failing to install Adobe Reader in time, I have no idea… and no real interest if I’m being honest. What’s clear though, is that we’re left with a £30M asset whose head is elsewhere and who doesn’t want to be here. It’s all very embarrassing – and reflects badly on the credibility of any long-term plan in place. All summer we maintained that De Gea wasn’t going anywhere, then that suddenly changed with 12 hours remaining. If the intent was to sell him all along, then Madrid should have been set a deadline to conclude a deal weeks ago. It was amateur hour. Cityesque, almost.

Becoming embroiled in last day dramas doesn’t indicate a calm or measured approach, instead it smacks of vital decisions being made on instinct alone. Anthony Martial at £36-52M may turn out to be a world beater, but at the moment he’s just a teenage kid who nobody had heard of this time last week. Expecting him to come in and seamlessly adapt to the Premier League isn’t just a speculative punt from Van Gaal, it demonstrates the club moving to an unprecedented level of desperation.

If Martial comes in and looks the part, then brilliant – I’ll be the first to apologise for ever having doubted the man. In the meantime though, it’s now clear that this signing could either make or break Van Gaal at Old Trafford. For such a master pragmatist and keen philosopher, he’s made a monumental gamble here. At the moment it resembles something of a public unravelling or a last-throw-of-the-dice. Time will tell whether instead, it proves to be his masterstroke.