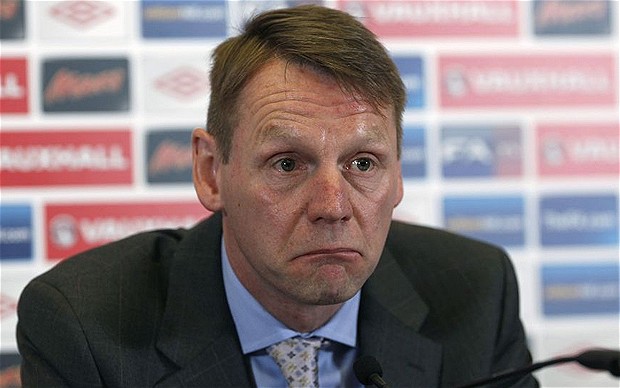 Gutted. Again. Although we went in as underdogs, it was still a mightily humbling experience to be given a football lesson like that. I went into full-on gloom mode in the immediate aftermath of the final, attempting a half-hearted media blackout in the hope of swerving all TV, radio and newspapers for the next fortnight.

Writing last time out, just prior to the Barca final, I took a cautiously optimistic view as to what might unfold – in retrospect, a doomed attempt to spare my feelings should we receive another arse-kicking. Didn’t work.

Barcelona are currently on a different level. One that I’ve never come across before – they knocked the ball around like it was a Monday night 5 a side at the JJB, not a European Cup final at Wembley. Bollocks to your mid-90’s AC Milan or Brazil ‘82 or whoever, this lot are simply better. We tried, we had a plan, and for what it’s worth – I think we picked the right team. Sadly, we got nowhere near them. Xavi, Iniesta, Messi, Busquets….just too good. They deserve all the success they get. The fuckers.

The dismal bank holiday Monday following the final saw the victory parade we should have been granted back in 2008 finally take place. Thousands turned out, yet in nothing like the numbers witnessed following the treble win in’99. I feared the occasion might be a damp squib from the moment it was first mooted  – these events need to be announced spontaneously, no matter what plans are in place behind the scenes.

What we were left with was the sight of (Bebe aside) pretend-exultant footballers brandishing a trophy won over 2 weeks previously. Call me a misery-arse, but that sort of posturing and staged-fun should be the preserve of City – now it sadly turns out that they’re capable of winning things again. Anyway, it’s done now.

Lancashire (stuck on Merseyside currently) have made a storming start to the cricket season, though were given a recent hammering by an even stronger-looking Durham side. The Grand Prix in Canada became very watchable due to a two hour rain delay that led to comically inept efforts to dry out a waterlogged track with yard brushes and cars with kitchen roll. Andy Murray looks poised to reach the later stages of Wimbledon before inevitable failure and fellow red Rory McIlroy was in superlative form as he destroyed the rest of the field to win his first major at the US Open golf. None of this is football though, is it?

I attempted to pull myself back into real life by tentatively switching on England’s opener vs Spain in the Under 21s Championship. Wellbeck, Jones, Cleverley, De Gea and Smallers all on view, well worth a look…. I lasted about 15 minutes. Watching a team of dashing young Spaniards playing keep ball around a willing but less able team from these isles brought it all flooding back. Too soon. I later heard it got slightly better as the game went on but I wouldn’t know. ‘Canal Walks with Julia Bradbury’ was on BBC4 instead, nothing to upset me there. Julia was in Birmingham and it was raining – which suited my mood.

The most entertaining aspect of the Under 21s brief appearance in the tournament was the chance to revel once more in the unrivalled fuckwittery of Stuart ‘Psycho’ Pearce – a man whose qualifications for managing at international level appear to consist of chest-beating rhetoric, a nice line in cliches and sharing the same haplessly deluded love of his country as demonstrated by those who somehow feel compelled to line the streets of London and wave at royal weddings.

Back in 1992, I enjoyed a brief dalliance with a girl from Nottingham. I fancied her like mad, despite the fact she had a long-term boyfriend and was a rabid Forest fan – season ticket holder and all that. Forest girl was at University round here but hailed from the outskirts of Nottingham somewhere and when United played there that season, (the 1-0 defeat that was the start of the big slump) I took up an offer to travel down with her. We had to call in at her folks’ gaff for some reason and as we neared their house, she pointed out Stuart Pearce’s place. The clown only had a 30ft pole in his garden, proudly flying an enormous flag of St George. ‘What the fuck is that?’, I enquired. ‘Oh yeah, it’s his flag’, she smiled…‘his wife bought him it for his birthday.’

What a fucking nutcase. Remember this was pre-Euro ‘96 – the tipping point after which every lunatic nationwide now sees it as their civic duty to fly the flag at every available opportunity. This bellend was one of the originals! Despite concerted efforts, I never did manage to get into Forest girl’s knickers – though we did later sign her hero at that time, Roy Keane. Win some, lose some.

Based on the evidence seen in England’s performances in the tournament, Pearce’s footballing ideologies appear to mirror his oft-recounted love of 1970s punk  – ie predictable, lacking in subtlety and years out of date. ‘Psycho’ still inhabits a world when the first priority is to ‘knock it long’ or if feeling particularly adventurous, ‘get it out wide’ – bollocks to that ‘actually stringing a few passes together’ stuff.

During his last season in charge at City they managed 10 league goals at home all season, and none after New Years Day 2007. None. So the FA’s response is to parachute him into the Under 21s job and task him with nurturing the next generation of English football’s brightest prospects. He’s been in charge for over 50 games now. God help them.

Once upon a time, back when the average transfer fee reflected the sum most Premier League players earn in a week nowadays, summer transfer speculation was something that was played out furtively. The football fan then had to seek out gossip, it wasn’t mainlined into your brain 24 hours a day via SSN and ITK twitter gobshites. The only real sources available were teletext, the papers and what your mate had heard. I recall being stuck on the Med during the summer of 1987, dutifully trotting out with a few Pesetas each morning to buy a two day old Daily Mirror, desperately seeking confirmation of Brian McClair’s much-anticipated arrival.

Nowadays it’s incessant, and a fair amount of self-discipline is required not to be sucked into the vast quantities of endless bullshit on offer. Writing in mid-June I can guarantee this much: some deals will happen, others will not. We’ll sign some players, so will our rivals. Yes and maybe, if we’re lucky, we’ll end up with a much-needed creative midfield player – maybe even one with a foreign sounding name who’s cost a shitload of money. In the meantime, until we do, just do me a favour…put the cricket on and shut the fuck up.