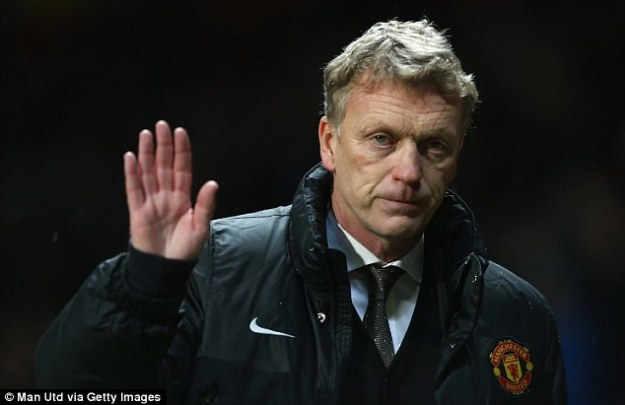 Did anyone else look out of the window on New Year’s Day and wish they didn’t have to bother? A 5.30pm kick off with a persistent hangover, shitty weather and the suspicion that yet another miserable result lay ahead held such minimal appeal that I gave serious consideration to giving it the swerve by calling in sick. It’s been hard work of late – the triumvirate of home games in a week during early December led to me questioning my sanity. It’s not the financial outlay (you can never dwell on that, because if you did you’d never go ever again), it’s just we’re really… and I mean REALLY boring to watch at the minute.

Perhaps it’s the inevitable comedown after 20 years of success, but there just seems to be a distinct lack of fun surrounding United at present. Eternal optimists will point out that the Spurs defeat came off the back of 6 consecutive wins, but how many of them provided anything remotely resembling excitement? (Alright, the stirring comeback at Hull I’ll give you but it’s Hull ffs… and the fact we found ourselves 0-2 down was crushingly predictable.)

I’m loathe to start criticising Moyes but since we’re past the half-way stage of the season, it’s time for his 6 month appraisal… and it’s been pretty miserable so far. The fiasco of the transfer dealings in the summer (not all down to him, admittedly), defenders in midfield, wingers at right back, the general over-reliance on crap wide men… these were hallmarks of Fergie’s last couple of seasons in charge that we hoped we’d finally seen the back of. However, the truth is we’re a dull and predictable side to watch – and crucially, that fear factor teams felt when coming to Old Trafford has all but evaporated.

Times like these aren’t unprecedented of course. Fergie’s tenure was punctuated by many low points but rarely were they greeted with the stoic acceptance which is becoming Moyes’ stock response to a setback. “We’ll try and win our next game, which is what Manchester United always do.” Great. That’s me assured – though hardly Churchillian, is it? I can only hope that such platitudes are served up for the benefit of the press and the players are privy to something a tad more inspirational.

The press reaction at present is an interesting point. Both Moyes and Woodward have gone to some lengths to try and repair the fractious relationship that Fergie helped create over the years. It was ‘open house’ during the summer tour, there have been subsequent off-record breakfast briefings and dinners on expenses; as well as the club re-opening dialogue with the likes of MUST, SEF and the fanzines (with the exception of Red News who still appear to be personae non gratae within OT).

If Fergie had still been in charge with United stuck in 7th place, can you imagine the reaction right now? I’ll wager there would be absolute uproar in the media with hacks falling over themselves to stick the boot in. Instead, it appears that the schmoozing and olive branches have paid dividends – there was plenty written about the deadline day shenanigans but it’s all quite sedate in the tabloids. After witnessing the mauling Fergie received at the slightest sign of a crisis, it’s slightly perturbing to witness United getting beaten without us getting a kicking in the papers.

This could be the crux of what’s missing at present. In the past we’ve been used to Fergie in full-on bullish mode following a poor run of form. He’d come out fighting, slap the nay-sayers around the chops and convince us all it was no biggie and we’d be back within weeks. This was how United operated for years – a default response to defeat which served us well on countless occasions. Instead, now we’ve got Moyes announcing that ‘bloody noses’ are inevitable and the team will ‘try to win the next game’. As I said, one only hopes he’s making a compelling case to the players – because he’s certainly not convincing me at present.

Anyway, leaving aside our current woes – it’s January so that means slo-mo montages of Charlie George, Ronnie Radford and Keith Houchen’s diving header… yes, it’s FA Cup time again. Back in those halcyon days of the 70’s and 80’s – when being out of the title picture in January was very much the norm – the 3rd round of the cup came along and provided welcome respite from the weekly grind of sub-par league performances. These days, however – it’s a very different beast whose appeal continues to diminish year after year.

Yes, I know it still manages to throw up the odd good draw with the bonus of an off-grid away trip – but the cold, hard truth is that the competition is now a lame duck that needs putting out of its misery. The prestige in winning it is negligible, the history and tradition elements over-sentimentalised and for every semi-final meeting with City you’ve got to suffer a multitude of wrist-slitting home draws against face painted, foam hand waving, lower league numpties all enjoying their ‘special day’. It’s a bag of shit and it has been for years.

This isn’t some toys-out-of-the-pram reactionary piece and I’m aware that many won’t agree – but the cup now isn’t what we grew up with. All the things we loved about it (they don’t require spelling out) are now consigned to history and it lost whatever ‘magic’ it had a long time ago. Just enjoy the memories and be thankful that we won it on numerous occasions during the time it was worth winning… because these days it should be viewed as nothing more than a constituent part of a double or a treble.

The question of the cup’s relevance recently came up on an internet forum I frequent – opinion turned out to be evenly split between those agreeing it was a spent force and others clinging to the notion it still means something. One lad claimed, “I’d rather finish 10th and win the cup than finish 4th and not win anything.” A highly principled stance that – but really? You’d rather have an FA Cup win (£3.5M total prize money and place in the Europa next season) than finish 4th and get into the Champions League proper (£40M+ for reaching the quarters) and the chance of signing someone half-decent in the summer? Admirable sentiments certainly, but it just smacks of cutting your nose off to spite your face.

We’re going to have to get used to this mindset pretty quickly because that’s the nailed on, new reality United are currently faced with. Were you cringing at the end of last season watching Arsenal balloon around the pitch at Newcastle whilst celebrating a 4th place finish? Think again, because that may well be us in a few months time. What have we become? If things weren’t depressing enough, City are odds-on favourites to win the league and Liverpool remain well placed.

Can you sort this out please, Dave?

4 thoughts on “Stuck In The Middle With You”