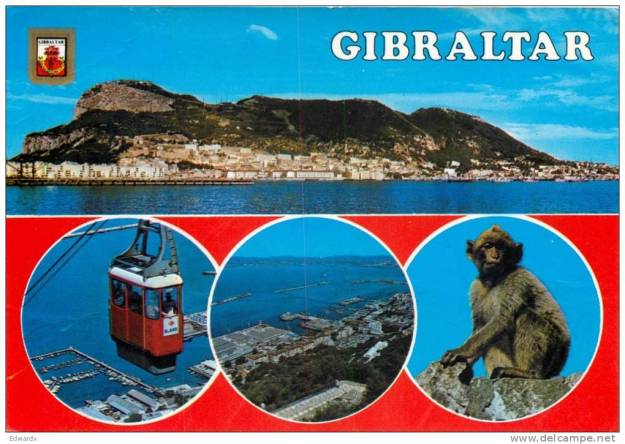 With its constant interruptions to the domestic game, I’ve long considered international football a major irritation. Recently however, like the Ebola virus, it seems to have developed into a full-blown epidemic. UEFA, in their infinite wisdom, recently decided to increase the number of games required to book a place at Euro 2016. As soon as the season starts, it has to stop again so players can disappear for two weeks testing themselves against the might of San Marino and Estonia. Including the likes of Gibraltar presents lolz aplenty and the opportunity of a lifetime for the assorted firemen and customs officials who make up their playing staff, but it does little to enhance the quality or credibility of the competition they’re staging.

The growth of the Champions League and the financial muscle of the G14 elite has resulted in a situation where international football can no longer be considered the pinnacle of the world game. Appearing at a World Cup or Euros might be a great honour for individual players and the tournaments still present a marvellous spectacle for fans worldwide, but for actual quality of football the Champions League wins hands down. One assumes that UEFA aren’t unaware of this fact, so rather than see power slip further from their grasp into the hands of the clubs, they’ve attempted to cement their position as the game’s true power brokers by imposing an even greater hold over the fixture calendar.

Rather then scheduling an increased number of irrelevant matches, it’s a shame that UEFA didn’t consider a ‘less is more’ approach. To ensure the long term health of the Euros they’d have been better advised to cull a few under performers from the qualifying groups rather than adding more. By all means give the likes of Gibraltar or Liechtenstein a shot, let them earn a place via a preliminary knock-out or something. Do they really merit a place in the qualifiers proper when you’ve already got the likes of San Marino competing with a slightly less-than-stellar record of 1 win in 123 internationals? It’s an absolute farce.

UEFA’s justification for the increase in numbers is, unsurprisingly, down to money. They care little about the concept of overselling and damaging the prestige of the product, everything is geared towards filling up TV schedules with day-after-day of football and shifting additional advertising space to their network of sponsors. “The pie is growing and so far we have generated 40 percent more revenue than before”, explained UEFA general secretary Gianni Infantino. Well that’s just smashing isn’t it? Who cares about the influx of utterly meaningless fixtures clogging up an already crowded schedule since they can now cream an extra few million off the likes of Sony and Coca-Cola for the foreseeable future? 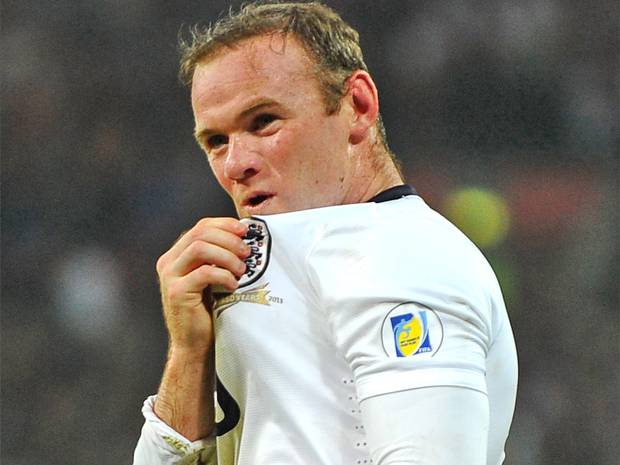 With that rant over, it’s on to another person fully aware of the riches that modern day football can bring, Wayne Rooney. It’s a bit of a strange time for old Wazza at present: 29 years old, freshly installed as captain of club and country and set to become record goalscorer for both – yet he appears to be losing support rather than gaining respect. It’s no longer just United fans tired of his errant control and contractual shenanigans who have lost patience, there’s now a growing clamour from the wider football public to see him dropped from the England team too.

With United, despite not being in agreement, I can at least see the point of view of those who insist he should have been overlooked for the captaincy and no longer considered an automatic first team choice. Rooney committed the cardinal sin of asking to leave the club (x2) and it’s true that in many games he seems to be in a terminal slump. Leaden footed, a shocking first touch, the over reliance on switching play by pinging the ball 40 yards out to the wing – his ability to lose possession whilst under little or no pressure defies belief at times. When he’s bad, he’s really bad.

But… and this is a big but… I’m still completely convinced that United remain a much stronger team with Rooney in it. Despite no longer possessing that electric burst of pace he had as a teenager, despite his penchant for giving the ball away – Rooney still makes a huge contribution to the cause. It’s what he still does now, it’s what he’s always done. You might wish him and Paul Stretford had got their move to Chelsea, you might think he’s a fat scouser who’s a disgrace to the shirt, you might simply detest everything about the bloke – but you can’t deny he’s not still a top player for Manchester United. He just is.

I read something the other week suggesting the captaincy was too much of a burden and he was now trying too hard, evidenced by him lambasting Tyler Blackett following one of goals at Leicester – apparently an effective leader shouldn’t be doing such a thing. What a load of nonsense. Rooney has been dealing out regular bollockings for the last 10 years. Last season, as results got worse and most senior players failed to show for the manager – Rooney remained on side. He was still talking, he was still cajoling, he was still contributing when others had made it pretty clear they no longer fancied it – that’s why he’s got the armband now.

Even when he isn’t playing particularly well, there’s still ample justification for Rooney keeping his place. Or, to put it another way, a Rooney bad game is worth more to the team than a Van Persie bad game. A growing consensus suggests he’s past it, but (and I’m sorry to have to resort to this) the stats don’t suggest that’s the case at all. Anyone bleating about Rooney would probably be quick to tell you that United or England would be better off served by somebody truly world class, say, for instance, Sergio Aguero. Well actually, (statto glasses on) it appears that since 2011, Aguero has played 93 games in the Premier League and scored 56 goals with 23 assists. Rooney’s record during that same period is 96 games, 59 goals and 32 assists – hardly the record of someone who’s no longer making a telling contribution.

Though gripes about Rooney’s form are nothing new at Old Trafford, quite why England supporters have decided to jump on board is something of a mystery – at least at United we have credible alternatives up front or in midfield. At international level, it appears to be more a case of Rooney bearing the brunt of fans’ frustrations with an ongoing lack of success; and the chronic dearth of players capable of challenging his nailed-on starter status. Is it really fair to blame Rooney for the current generation of England players being so incredibly average? Did Ronaldo get similar stick from the Portugese nation for earning astronomical money yet failing to carry their team beyond the World Cup group stages?

Given that England’s alternative is to call up the likes of Andy Carroll, Darren Bent or Rickie Lambert, I’m pretty sure Rooney will get plenty more chances to play and miss shedloads of chances before eventually surpassing Sir Bobby’s record of 49 international goals. The nation can then unite in belittling the achievement due to 90% of those strikes being against San Marino, before he then resumes scoring the goals that will make him the leading scorer in United’s history too – another milestone that’ll be greeted with seething resentment/complete indifference by many supporters.

Sometimes in the dead of night, when he wakes on a Luis Vuitton mattress stuffed with £50 notes, suffering with heartburn from eating too many burgers. Wayne probably takes a swig from his can of Fosters, scratches his head with nicotine stained fingers and thinks, “why do I bother?”