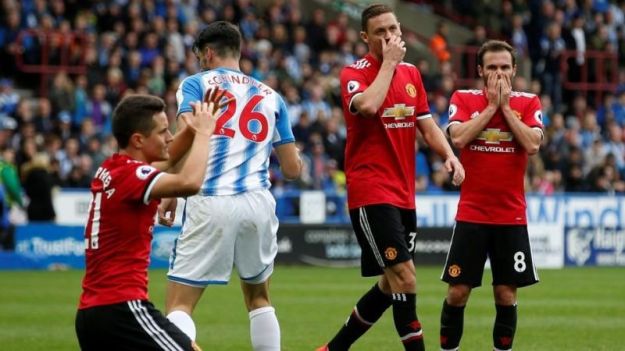 I honestly try not to get too wound up about football these days, but I was approaching apoplectic after Huddersfield away. The performance, the post-match monsoon and the hordes of deliriously happy locals made for a thoroughly toxic combination that’s still irritating me now, nearly a month on.

Firstly, Huddersfield itself. Wow, what a place. Now it’s easy to be dismissive of the provincial backwaters we get to visit on our travels, but this lot earned top marks in the ‘how to behave when Man United come to town’ stakes. We’re talking Swindon levels of giddiness, here. The fact they’d barely managed a shot on target in their previous 7 games and then set about United like they’d received a bye to the World Cup final was predictable enough, but seriously… a brass band? I don’t think I’ve ever encountered anything so completely and utterly Yorkshire.

Once upon a time we’d go to these places and swat them aside like the swaggering, metropolitan sophisticates we like to think we are, but those days are long behind us. That first half… where to start? Herrera loves to talk the talk about ‘getting’ United and what it means to play for the club but it shouldn’t draw attention away from his regular sub-par performances. Lingard too gets a lot of stick, but also has many defenders due to the ‘boyhood red’ thing. I’m sorry, but running round aimlessly whilst doing lots of pointing just doesn’t cut it. It happens too many times. It’s one thing taking Swansea apart in the League Cup, but when it really matters he’s routinely nowhere to be seen.

Now from the merely bad, to the downright atrocious. People have justifiably pointed out that we shouldn’t write-off Victor Lindelof too early due to the likes of Pallister and Vidic having inauspicious starts to their ultimately fruitful United careers. However, the fact he looks acutely unaware of whether to head the ball or whether to pass it doesn’t bode well for a 23 year old central defender. ‘Rabbit in the headlights’ doesn’t even begin to describe his afternoon. Delving even further into the past, Pat McGibbon and William Prunier both endured similarly nightmarish debuts and neither was ever heard of again.

In truth, the entire afternoon was the culmination of what had been coming for about 6 weeks. Injuries mounting up, the first choice XL dismantled and we steadily reverted to the stumbling, directionless football witnessed for much of the last 4 years. We can carry the likes of Mata and Mkhitaryan with a full strength team, but they lack the cojones to get you through situations like being 2-0 down facing essentially crap, albeit temporarily inspired opponents like Huddersfield. 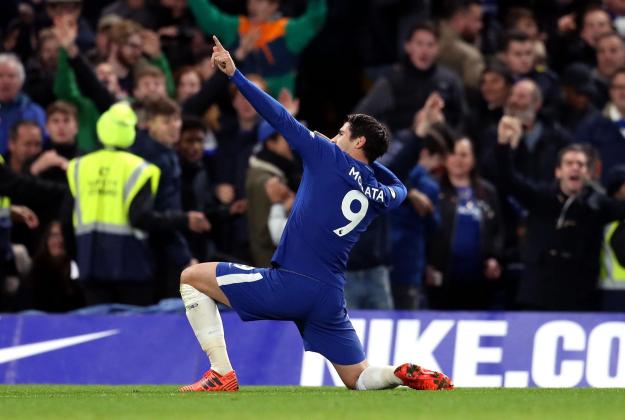 After this setback, the team roused themselves to earn a hard-fought, narrow victory over Spurs before suffering the now annual defeat at Stamford Bridge. This game was notable due to Mourinho deviating from his usual Cat A away game script by sending the team out to attack. Sadly, that was the only surprise of the afternoon as otherwise it was standard United at Chelsea fodder. A few bright moments, home team settle down, we concede after a defensive lapse and then rally too late to do anything about it.

We never seem to get any luck there, but in truth we didn’t deserve much this time out. Aimlessly punting long balls towards Fellaini for the last 10 minutes is a tactic that has failed us repeatedly, so I’ve got no idea why we still persevere with it. I can just about stomach the ultra-negative, defensive football Mourinho employs at times as at least it can bring results. Launching it forward to the big feller in the box NEVER works though. It’s desperate stuff, and we’ll never become a truly great side whilst it remains our only viable Plan B.

Despite recent results accentuating the sense of doom around the place, it clearly isn’t the root cause. As numerous commenters have noted, Jose is oozing bad vibes at the minute and doesn’t look happy with life at all. On face value, United are still doing okay. 7 wins and 2 draws from the first 11 games isn’t terrible by any stretch. We’re 2nd in the league and virtually home and dry in the CL group stages, but you wouldn’t guess that based on Mourinho’s expression or any words out of his mouth over the last few weeks.

So is it the lack of progress on his new contract, Woodward’s failure to land Perisic in the summer or merely a passive-aggressive response to the plaudits heading City’s way at present? Who knows. In all likelihood it’s a combination of each of these factors. Mourinho’s many detractors would no doubt claim this is just par for the course, given his previous managerial gigs have imploded following similar periods of pent-up acrimony.

I suppose worst case scenario is that this is all part of some underhand masterplan to try and force an exit and fall into the open arms of PSG. Taking a completely impassive stance, you can see why such a switch might appeal. It would be a shithouse move for sure, but avoiding the spectre of Guardiola domestically whilst taking him on with an unlimited budget in Europe must seem quite an enticing prospect.

On the other hand, this could all prove to be nothing more than speculative clickbait. I don’t want Jose to be content with being 8 points behind in November. I expect him to be angry about it and for his foul mood to persist as long as we’re trailing behind City. I also expect him to exert maximum pressure on Woodward to land designated transfer targets and to vent his dissatisfaction whenever they don’t happen. The constant background noise, his sour disposition… well that’s just how he gets results. This is just Mourinho being Mourinho, isn’t it?