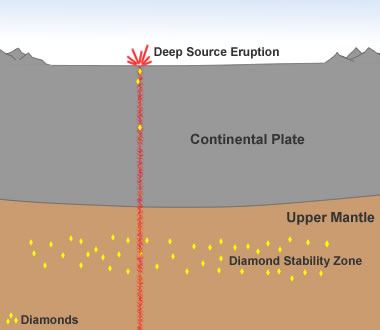 It’s been a stop-start beginning to the season, both in terms of the incessant international breaks that dictate the calendar at this time of year and the stuttering football we’ve witnessed. On the whole though, with some dodgy looking away games already out of the way – things aren’t looking too bad with us sat in 2nd place, 4 points behind Chelsea.

Though he’d never admit it, Howard Webb must dread being allocated our games. Despite seeing off Newcastle quite comfortably, you just knew that the next day’s headlines were going be made by some perceived injustice stemming from the fact he was in charge. This time it was a stray Van Persie elbow and the fact that Webb had the temerity to rule out a Newcastle goal because it HADN’T fully crossed the line. Pathetically, Radio 5 actually opened their sports coverage with this story the next morning. Talk about playing to the masses…

Despite ultimately ending in defeat, the Tottenham game a week earlier was a stormer – such a shame that it it took us being 0-2 down to garner any kind of response from the players or the crowd. It’s become a familiar script: we start off slowly and seem content to simply sit and contain – the tempo only increases once the realisation dawns we’ve fallen behind and oh shit, now we’ve suddenly got a game to chase.

Giggs was awful yet again and the reasons for starting him get less and less clear as the months/years tick by. I mean, starting Giggs and Scholes together was clocked by most of us as a big no-no 3 or 4 years ago, yet we’re still persisting with the idea now. Just play The Brand, that useless lump Anderson even, get the tombola out to see what that throws out…just not Giggs and Scholes in tandem anymore. Next month they’ll have a combined age of 77. SEVENTY SEVEN. Enough now. Please.

Still, it was a great 2nd half after Rooney’s introduction – very nice to see him bang on it with his touch seemingly back in place. The OT crowd woke up briefly too, for the 1st time in ages it actually felt like I was at a football match. Once upon a time the schrill sound of school kids was only heard at reserve games or pre-season friendlies; nowadays it’s a weekly occurrence…and a fairly welcome one as at least it punctuates the silence from the home crowd and the incessant ‘who are ya’s and ‘Fergie’s right, your fans are shite’s emanating from the away section.

Having been ripped to shreds by Spurs during that 1st half, we’ve managed to get back on track via the introduction of what Fergie has proudly christened ‘the diamond’ – without getting too ‘zonal marking’ about things, it basically looks like we’ve temporarily abandoned ‘the doughnut’ to experiment with the novel idea of playing midfielders…in midfield. I know, amazing isn’t it?

The diamond got its first outing in the (urgh) Capital One cup tie at home to Newcastle – and what an utter shitcunt of a competition that is these days. How United manage to get away with charging nigh on full price for reserve games is nothing short of scandalous – but they’ll continue to do so knowing most ST holders are obliged to buy a ticket regardless of whether they actually want to go…the prospect of not wanting to miss out on a Cup Final ticket is surely the only explanation why any non-masochist would subscribe to the ACS and willingly pay to watch such garbage.

I don’t know anyone who looks forward to these games and whatever minor relevance the competition might have enjoyed in years passed has long since expired. All season ticket holders I know watch the draw hoping we’re handed an away tie so their card isn’t charged another £40…there’s something very, very wrong when that’s the case. Ditto the amount of people who buy a ticket and can’t face attending…and those like yours truly who are brainless enough to pay, turn up, then disappear at HT for the more appealing prospect of watching the 2nd half in the pub. I guess if we’re daft enough to offer up our credit card details to the club, then we’re also daft enough to merit the routine shafting we’re dealt.

Talk of routine shaftings brings us to the first European away trip of the season. I’m too old and my mortgage is too big to contemplate a 4 day, autumnal jolly to Transylvania, but a good time was enjoyed by all who made it, I’m reliably informed. Nice weather, friendly locals, beer at 60p a pint, far enough away to put off the knobhead contingent…Cluj was always destined to be a good trip.

“None of our lot arrested, 2 hours sleep out of 55, got banned for life by Jet2.com…just a good piss up really”, was how a younger family member succinctly summed up his experience. Oh and if you were confused and somewhat disturbed like I was about the large amount of shirtless ballooning going on – that was mainly down to 50 odd Polish barmies who turned up in our end, apparently. Thankfully they didn’t start Poznaning and lower the tone further still.

Watching at home on telly only hammers home how deathly dull the group stages of the Champions League have become – even Tyldesley and Townsend in the commentary box were struggling to sound remotely enthused during the 2nd half. Like last year, we’ve been beneficiaries of a ridiculously easy draw that virtually guarantees progression to the knock-out stages. Unlike last year, it doesn’t look like we’re going to contrive to fuck things up spectacularly this time round. Progress of sorts, then – perhaps another routine final humiliation at the hands of Barca isn’t out of the question?