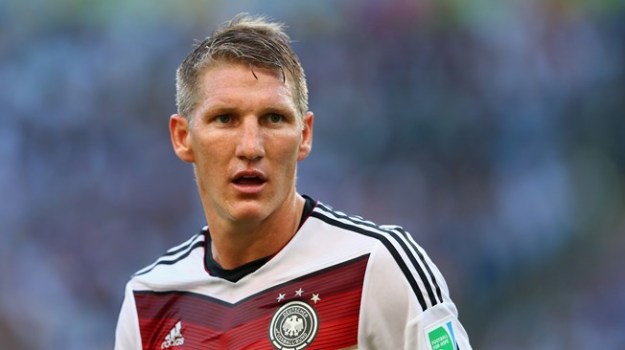 For the first time in weeks, right on cue, the sun has decided to make an appearance today. So rather than spending my time productively, making a serious attempt at tidying up the garden (a job that has been pending since the end of last season), instead I find myself stuck indoors writing this. Meanwhile, just a few miles south of here, thoughts are with the editor and his good lady who’re nervously awaiting the imminent arrival of Barnstonworth Chilton Jnr – the firstborn, rightful son and heir to the Red News empire.

With baby already over a week late and his birth now coinciding with this mag’s deadline, it’s debatable whether or not you’ll be reading this on the first day of the season. If this mag has appeared at the Spurs game, then it’s taken a superhuman effort from the Ed (and his incredibly understanding wife) to publish on time. I swear, if Barney actually had hair, it would probably have fallen out again this week.

Anyway, since we’re now in August it’s time for football again, so let’s get down to business. As anticipated, we’ve been reasonably active during the transfer window with new faces arriving and old faces ummmm…. departing. It’s farewell to (oh ffs) Nani, the man who lit up Old Trafford on numerous occasions but spent much of the last 8 seasons making a solid claim to be the most brainless footballer to have featured in Manchester United’s recent history. Bearing in mind his signing coincided with the arrival of Anderson back in 2007, that’s quite an impressive achievement.

Nani had all the tools to succeed but the most well-developed facet of his game was his extraordinary ability to make spectacularly poor decisions. Of course he was able to wallop one in from 30 yards every 3 months, but in-between we had to suffer his bad days which became ever more frequent as his confidence drained and our patience slowly evaporated. Fenerbahce will suit him well providing he gets off to a good start and keeps the loonballs who support them onside, though he’ll soon be hot-footing it back to the sanctuary of Sporting Lisbon if he meets their disproval by not contributing a great deal whilst drawing a sizeable salary.

Joining him in Istanbul is Robin Van Persie, following a three year spell here in which he performed majestically for 12 months before taking Fergie’s retirement personally and nosediving into a long-term sulk/slump/injury hit decline. Despite leaving us short of out-and-out strikers, his departure is probably for the best as it’s difficult to see how his fortunes would’ve improved with Rooney a guaranteed starter. RVP was a funny one though, in that I could never properly warm to him in much the same way I struggled to accept Teddy Sheringham as one of us.

Although both seemed delighted to arrive here, I never managed to shake the feeling they were just opportunistic Spurs/Arsenal players looking for a shot at a couple of quick medals. It’s a ridiculous assertion I know, with 99% of footballers being glory-hunters with no genuine club affiliation, but seeing him ballooning about on an open-topped bus and kissing the badge just seemed so utterly fake considering he’d spent the previous 8 years in North London.

Next up, how do you solve a problem like Di Maria? Well it looks like you try and flog him to PSG… with his likely departure not coming a moment too soon. I’m hard pressed to recall this clown contributing anything since his goal at Leicester last September, and he’ll rightly go down in history as United’s biggest ever transfer flop. Talk about a letdown… a couple of scallies climb over his fence and wander round his garden last winter and his entire entourage start pining for the green, green grass of Paris. Paris ffs! Fantastically cultured city and all that but Jesus, if he thinks Prestbury is rough just wait ’til the race riots kick off over there again. The guy’s a complete waste of space and I hope he enjoys playing in front of 4,000 people away at Nancy-Lorraine on a Friday night, the absolute fraud.

Anyway, never mind yesterday’s men… it’s all about the latest influx of red-shirted gladiators now. First up is Memphis Depay, announced at the end of last season and already earmarked to be played out of position due to a lack of Rooney back-up. Memphis looks every inch your archetypal, modern day footballer… it’s all £1,200 Louboutin trainers, 4 grand iPhones, eccentric sunglasses and jeans with massive holes in. By comparison, new right back Matteo Darmian appears almost disappointingly normal. Whereas Memphis seems intent on adopting the look of a bisexual rap artist (which he carries off with some aplomb to be fair), Matteo is the image of Neil from The Inbetweeners.

The big name arrival this summer, who fingers crossed proves a more successful acquisition than either Di Maria or Falcao last term, is Bastian Schweinsteiger. Bavarian warrior, midfield general, lederhosen aficionado… he seems an absolutely perfect fit – the player we’ve been in dire need of for at least 5 consecutive summers. As it is, he’s 31 now, so the days of him rampaging round the field for 50 games a season are probably behind him. If he can stay fit for half of those though, he’ll prove invaluable and a much-needed, experienced older-head for any high-stakes, big-game encounters we face over the coming seasons.

Next up is Morgan Schneiderlin, who sounds like he could be German, but is in fact French. He’s had a bit of a strange career trajectory has Morgan, having played only 5 games for Strasbourg before leaving at 18 to join Southampton. Since then the poor sod has been stuck there for 7 years, only rising to prominence after being called-up to the France squad just prior to last summer’s World Cup. Then, as you may recall, he threw a bit of a strop as the club began selling all their best players. His career has been a bit of a slow-burner then, but 25 is a good age to sign an international midfielder who’s got plenty of experience in English football. Long term replacement for Carrick? Let’s hope so.

The final piece of the jigsaw (thus far) is Sergio Romero. Snapped up on a free following his release by Sampdoria and our latest attempt at signing an Argentinian footballer who won’t turn out to be a complete dick. There’s history there with him and Van Gaal as Romero was in net during Louis’ successful spell at AZ Alkmaar. Presumably he’s just been brought in as cover for De Gea following the falling out with Valdes, assuming the goateed one remains here and hasn’t been shipped off to Madrid at the last minute.

All in all, I reckon we can be reasonably satisfied with what we’ve seen to date. Worryingly however, the one area in which we needed strengthening the most is still to be addressed. Last season proved that Jones, Evans and Smalling can’t be relied upon to remain injury-free for any length of time, so it’ll be a major surprise/minor catastrophe if we don’t see a new recruit in that position before the end of the month. If anything, despite the lack of a striker to replace Van Persie, the squad looks a bit top heavy to me at present. Mata and Herrera especially must be uneasy about their prospects when you consider both the increased competition for midfield places and the fact Van Gaal didn’t seem entirely convinced by either throughout much of last season.

As for Van Gaal’s preferred line up, all shall be revealed over the coming weeks. In the meantime, let’s just try and get some points on the board without resorting to lumping the ball up to Fellaini…

1 thought on “Get It Together”