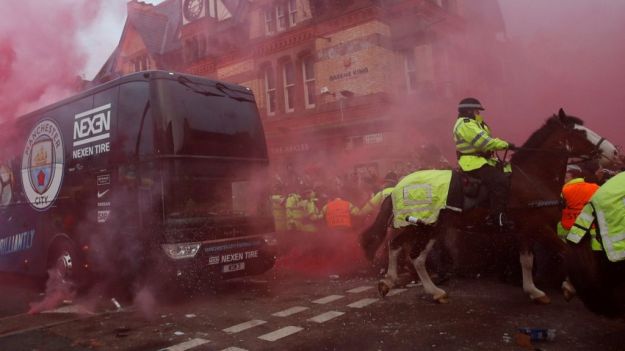 The recent Champions League QF between Liverpool and City proved to be a bit of a conundrum, didn’t it? Whilst the eventual result spared us the possibility of the idiot neighbours being crowned Europe’s finest for at least another year, it’s left us with the utterly nauseating prospect of the scousers winning it. What a charmed life they lead in that competition. It doesn’t matter that they remain a completely unremarkable side if you discount Salah’s heroics this season; somehow they’re in the semi-finals again drawn against sodding Roma.

I do have to give Liverpool fans some credit though as they routinely treat the Champions League with the reverence it deserves. Although the ‘famous European nights at Anfield’ legend is teeth-grindingly irritating to all of us who’ve been force-fed this mantra over the years, they genuinely believe it to the extent it’s become a self-fulfilling prophecy. It’s been repeated so often that it’s now accepted as fact and actually bears fruit for them on a regular basis.

Despite being one of the cringiest things I’ve ever seen, you can’t deny that pre-organised ‘coach welcome’ thing they did against City worked an absolute treat. Flares going off, missiles thudding against coach windows, loads of singing… it was nothing like as sinister as was subsequently claimed but it was more than enough to put City off their stroke. Whilst my natural inclination would be to steer well clear of anything so staged and contrived, part of me at least respects the fact the scousers can still rouse themselves for such occasions.

Hypothetically speaking, say if United were ever inclined to put on a similar show, do you reckon we could still manage it? I have my doubts. The days of Roma and Leeds getting legged all over the forecourt seem a world away now. If the Liverpool team coach turned up for a Champions League tie at OT there’d be more chance of them getting ambushed by selfie sticks and autograph hunters than a hail of bottles and cans.

If you think I’m exaggerating here then just cast your mind back to the recent Seville home game and ask yourself, ‘would Anfield have been so deathly quiet?’ Would it bollocks. The uncomfortable truth is they can still do it when required whereas we’re reliant on a couple of hundred J stand barmies clad in garish bobble hats and Adidas Originals to generate any kind of atmosphere.

Due to deadlines and time constraints, I’m writing this pre-match so I’ve got no idea what happened at Wembley against Spurs last weekend. Given you’re reading this a week later, the players have either been revelling in self-congratulatory bullshit on Instagram all week or they’ve been keeping a very low profile having neglected to turn up once again. Quite honestly, I’m struggling to care either way about the bunch of frauds at present. Whatever will be, will be… 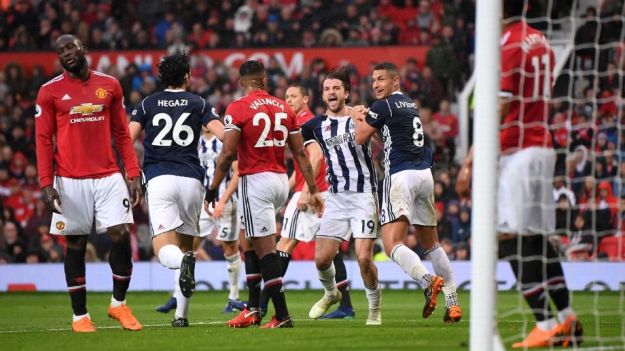 This team do my head in. Just as you manage to convince yourself that they are making some progress and have moved beyond that 4 years and counting spell of looking like a disinterested rabble, they go and turn in that West Brom performance. All the good vibes and positivity generated by that Lazarus-like comeback in the derby obliterated in the space of 90 stupefyingly predictable minutes. It’s just so completely typical of them, the utter bastards.

I dunno. I suppose I’m as guilty as anyone of trying to accentuate the positives under Mourinho but you can’t continue to excuse afternoons like that. It was flashback to what was witnessed week in, week out during Van Gaal’s 2nd season. Quite simply, we should have moved beyond those kind of results by now. It’s all well and good producing a stirring comeback to beat City, but it means nothing if you hand them the title by failing to show against rock bottom relegation certs a week later. It’s just embarrassing.

My hope for the summer is that Mourinho just goes for it. No doubt we’ll spend big yet again but I’d be more encouraged if he concentrated solely on shipping out some of the deadwood. Fuck that, actually just bin ALL of the deadwood. Let’s face it, if we don’t challenge for the title next season (which we evidently won’t, because we’re still capable of losing at home to West fucking Brom) then Jose will end up falling out with absolutely everybody and getting sacked anyway. This is his last season coming up, so he may as well just go all out now rather than continuing with the never-ending re-building job he’s currently embroiled in.

If it were me, I’d start by asking the goalie if he wants to stay. If he doesn’t, then I’d shake his hand, wish him all the best for the future and drive him to the airport. He’s been an absolute star and has already suffered enough. I’d then bin every fullback at the club – the dreamy Dutch one, the rubbish Italian one and both of the failed winger ones. Smalling and Jones will be placed on the transfer list with immediate effect; Eric Bailly gets to stay with the proviso he stops being injured.

Fellaini should get the remaining few weeks of his contract cancelled for having the cheek to turn down a completely unmerited new deal. Seriously, who the fuck does he think he is? Pogba gets to stay on the condition he parts company with his agent and endeavours to become the player we all know he could be. Mata, Herrera and Matic are permitted to remain at the club, mainly due to the fact it would be foolish to get rid of the entire playing staff in the space of a single transfer window.

Jesse Lingard should be congratulated for his remarkable upturn in form but warned about his conduct off the field and tested for undiagnosed ADHD. Lukaku gets to stay on condition he practises basic passing and trapping a ball over the summer. Martial should be binned for looking permanently miserable and having a very irritating fan club on social media. Marcus Rashford to be offered a new deal on the condition he gets himself a girlfriend who’ll make him realise spending 18 hours a day in Lingard’s company is not only mentally exhausting, it’s also affecting his development as a functioning adult.

I’m done with them for now. See you in August.