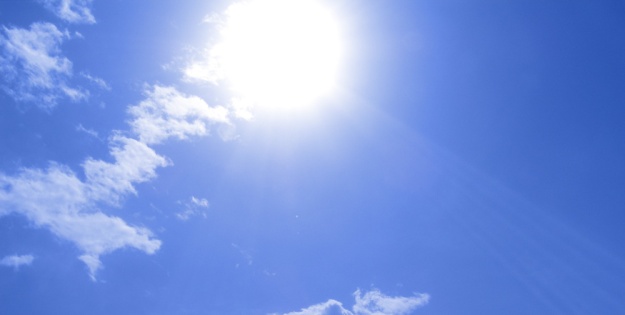 Well that was unexpected, wasn’t it? I’m still struggling to try and get my head around the fact we’ve actually experienced a summer for once. A genuine, proper summer like you see on telly or that the rest of the world gets to enjoy every single year without fail. The weather proved such a constant distraction that I struggled to watch much football at all. Sat in the garden, enjoying a drink and staring into space/at my phone proved a far more enticing prospect than spending 4 hours on the couch each day glued to the World Cup. At risk of sounding like the toppest of the toppermost reds, I think I only watched about 6 games in total.

Don’t get me wrong, I still followed proceedings via the internets, I just couldn’t be bothered to put a full shift in watching 60-odd games like you’re supposed to. I’ve now come to terms with the fact that I overdosed on football several years ago and these days I’m more of a recreational user. I think I’ve simply seen too much over the years to still give a shit like I used to once upon a time. I can just about muster the enthusiasm for United still, but listening to Alan Shearer share his thoughts on Iran v Morocco holds about as much appeal as gouging my own eyes out with a rusty spoon.

Of course, tradition dictates that I still had to watch the England games. After all, I have a 14 year old son who was taking an interest and thankfully, he’s not as bitter and twisted as I am. These started out as the usual “I wonder how badly they’ll embarrass themselves?” which then became an almost fearful “Christ, they’re not actually going to reach the final are they?” as the tournament progressed. I make no apologies for not wanting England to win it because as any right-thinking person would agree, such an outcome would have been absolutely fucking horrendous.

You don’t agree? Well in that case, why were you singing ‘World Champions Twice’ and ‘Stick Your Fucking England Up Your Arse’ for the last 10 years? I joined in with those two ditties with gusto and meant every word, so I’m not suddenly going to start ballooning around with the Brexit hoards, giddily telling everyone I meet that ‘it’s coming home’. “Football’s coming home”? What utter nonsense. Football never left as far as I’m concerned and any notion that this country somehow ‘owns’ the game is completely ridiculous. The only thing that England and their followers have ownership of is an inflated sense of self-importance and a crushing inferiority complex. 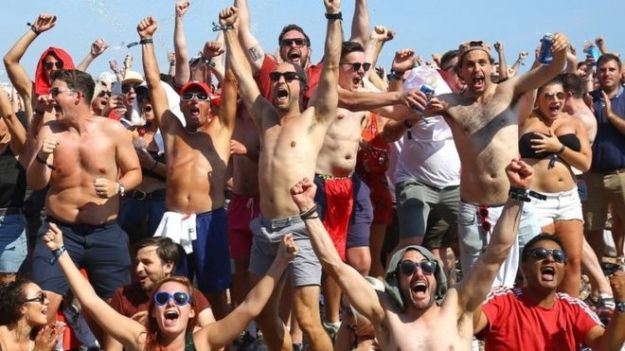 Defeat in the semi-finals was the perfect result for all concerned. England were able to return home having achieved precisely nothing as all-conquering heroes; with expectation levels now guaranteed to be through the roof when the next tournament rolls around. Harry Maguire becomes the nation’s sweetheart, Raheem Sterling is temporarily forgiven for having a tattoo and Gareth Southgate wins Sports Personality of the Year and receives a knighthood. Meanwhile, everyone else raises a glass and the 4 year cycle of perpetual failure begins once more. Hooray for the 3 lions! What a load of self-congratulatory, pretend-beer spilling, shared national experience bullshit.

Anyway, with the World Cup dealt with I suppose it’s time we addressed United’s prospects for the new season. Ahem. I’m afraid there’s no prizes for guessing I’m not exactly brimming with optimism on that score either. Managers set the tone in any workplace and football is no different. Unfortunately, anyone looking for crumbs of comfort from Mourinho needs to seek assurance elsewhere. Far from coming back refreshed and re-invigorated after the summer break, he currently has the air of a man in the grips of a full-on existential crisis.

You can hardly blame him. The clear out we were hoping for simply hasn’t happened and barring any sudden, last-minute movements we’ve (predictably) struggled to add much needed reinforcements in key areas. It’s genuinely, head-wreckingly baffling that we’re set to start the season with Young and Valencia as first choice full-backs yet again. Two uninspiring wingers converted into perfunctory defenders are still the best pairing that Manchester United can muster in 2018. This is Valencia’s 10th season at the club and Young’s 8th now. Yes, kudos to the pair for being loyal servants and solid pros and all that but let’s be honest here, both should have been shipped off to Villa or Stoke 5 years ago.

Unfortunately, we’re still hamstrung by the fact that players signed at huge expense to replace the pair have never delivered. Quite understandably, they’re doggedly refusing to contemplate pastures new as this would also signify a considerable dip in wages. Luke Shaw is still here (with re-tinted highlights and a terrifying new set of veneers) and is giving it the usual positive spiel about “good energy”, but you know full well that he’s going to be out of favour again by the middle of September. Chris Smalling too is blasé about claims the club are trying to sign a new centre back, I suppose I would be too if I was picking up £80,000 a week and still had 2 years left on my contract. 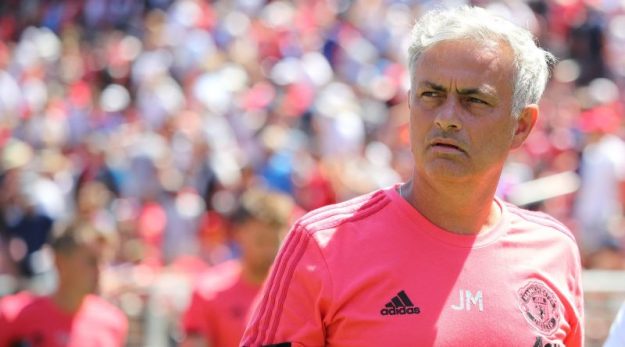 A sizeable number of MUFC twitter gobshites are absolutely furious with Jose’s miserable demeanour, presumably they’d prefer him laughing hysterically and cracking jokes like Jurgen Klopp. Personally, I’ve got no problem with him looking thoroughly fed up. If he’s pissed off with Woodward and the OT bean counters, then he has every justification to have a public strop about it. I’d rather have a suicidal-sounding Mourinho in charge as opposed to some hooray for everything, yes-man who’s content with the prospect of finishing 20 points behind City again.

You might not appreciate the scowl on his face, you might not enjoy the style of play for the most part, but Jose is a pragmatist who knows his players’ capabilities and limitations. This may be an affront to misty-eyed connoisseurs of the football seen under Tommy Doc and Ron Atkinson, but we live in different times now. If United were to finish 11th like we did in Fergie’s third season, Mourinho would be sacked. The stakes are higher now. That’s why he advocates safety-first, no frills football. Simple truth is his squad isn’t good enough to kick on and progress beyond that.

We’ve spent £80M+ on a player like Pogba who’s under the microscope every week and pilloried for every sub-par performance, yet we play him alongside the likes of McTominay and Herrera. And still people are scratching their heads wondering why he looks better playing for France in the World Cup. If you’re going to sign a player like that and build a team around him, then you have to remember to build the actual team.

How short-sighted does the quibbling over an extra few million Euros for Perisic look now, given how strong he looked for Croatia on the biggest stage this summer? As for how to best maximise Pogba’s effectiveness, it’s almost as if United are content to have an all-dabbing, social media figurehead at the club yet aren’t too concerned whether everything is in place for him to realise his potential as a footballer.

Mourinho always said he should be judged after 3 years in charge and that time is now fast-approaching. As things currently stand though, it wouldn’t come as a shock if he didn’t last the season. He’s too stubborn to tweak his own methods and since the club don’t appear to be backing him 100%, I think he’ll be gone sooner rather than later. Whether he goes down fighting or limps out of the door with an apologetic shrug remains to be seen, but I’m sticking my neck out and predicting things will get very messy over the next few months. Welcome back, everyone!