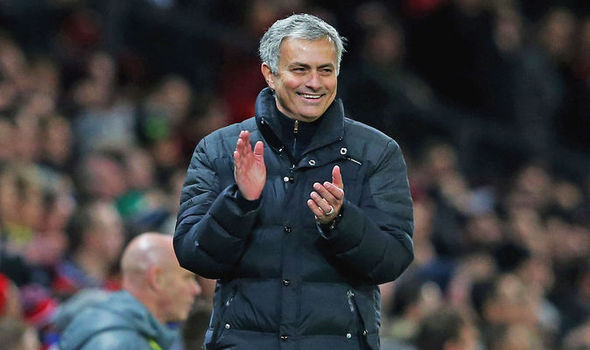 What a difference a month makes, eh? It now appears very shortsighted of me to have spent almost the entirety of last month‘s column venting about the team’s penchant for conceding late goals before concluding we were heading towards mid-table. Clearly, this current upsurge in form wasn’t something I was anticipating any time soon… that’s what 3 years of spluttering form under Moyes and Van Gaal can do to a man, I guess. Oh me of little faith…

Instead of the regular kick in the balls, we’ve been treated to a month of football that has been a genuine pleasure to witness. Indeed, watching United has probably not been this much fun since the conclusion of the title winning season of 2012/13. For the first time in god knows how long, I’m looking at league tables and fixture lists again. Going to Old Trafford no longer feels like a chore and I’m actually making eye contact with people who want to talk about the game. Yes folks, this is big!

Realistically, and this isn’t some outlandish reverse-curse attempt, we aren’t going to win the league this season. We’re too far behind and even if Chelsea do implode, there are better placed teams than us to take advantage. The thing is though, it doesn’t even matter. Crucially, it just feels like we’ve got something back that’s been missing for ages. Gary Neville suggested it was arrogance which is taking things a bit far I think, it’s more like we’ve regained a bit of belief… the team and the fans.

The Middlesborough game felt absolutely massive (okay, I know it was only Middlesborough but bear with me) given the manner in which we came back to win in the last 5 minutes. If this team does go on to achieve greatness in future, we’ll look back on that day as something of a turning point. For the first time since Fergie left, falling behind with 15 minutes left provided an incentive to do something about it rather than the sight of heads dropping at the sheer injustice of it all.

There was no seismic groundswell where the whole stadium stood as one and willed the team forward or anything, such atmospheres just don’t happen at Old Trafford these days, sadly. But the sense of resignation that has greeted such scenarios over the last 3 years wasn’t apparent as the fans got behind the team, the team continued to press… and ultimately got their reward. Belief. It felt like a breakthrough moment, evidence that the penny has finally dropped and they’re evolving into a half-decent side. Where Mourinho and the team are at right now, they (and we) needed something like that to happen.

Anyway, I’m not getting carried away or anything but it’s all quite encouraging… and yes, perhaps the outlook isn’t quite as bleak as what I suggested a month ago. It’s still a work in progress (how many times have we said that over the last 3 years), but for now we look to have a settled team that’s gaining in confidence and improving by the week. Keep progressing in the cups, push on towards the top four and continue playing football that resembles something like the United of old. If we can maintain this current momentum and there’s a few more moments comparable with the Boro turnaround, then that’ll do nicely for the foreseeable.

It’s now looking fairly certain that this month will see the departures of Memphis Depay and Morgan Schneiderlin, two players who have been here 18 months but leave having abjectly failed to have made any kind of impression whatsoever. Harsh on Memphis perhaps, who at least provided some merriment with his gargantuan ego and spectacularly bad dress sense. Schneiderlin on the other hand, doesn’t even possess a personality to take offence at – he’s probably the beigest player to have ever played for Manchester United. The only thing I can recall him doing is looking like a Next Directory model, as I’m struggling to pinpoint a single, standout moment in any of his 47(!) appearances.

It’s hard to credit now that back in the summer of 2015, Memphis Depay was unanimously hailed as one of the brightest talents in Europe. Arriving as a prolific goalscorer from PSV worked well for Ruud, and Memphis came with a similarly impressive showreel and long list of suitors. His signing felt like a real coup at the time but it just never worked out. He didn’t have great pace, lacked a trick and couldn’t cross a ball to save his life. In other words, he was no improvement on either Ashley Young or Adnan Januzaj. Factor in his King of Rotterdam, Big Pimpin’ schtick and it didn’t take long for the realisation to dawn that he was more international class bellend than international class footballer. 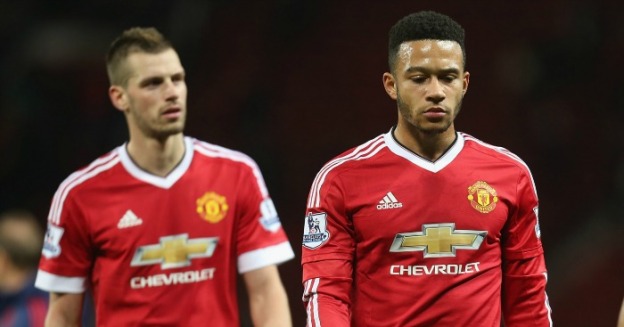 Anyway, it’s no great loss in either case and a move away looks to suit both Depay and Schneiderlin at this juncture. Thankfully, Everton still seem confident in the abilities of both so we should recoup a sizeable chunk of the fees paid for the pair of them. Fingers crossed they’ll go on to be a great success for the season’s remainder and buoyed by this, the scousers will return in the summer and offer us £25M to take Fellaini back too. Y’see? Done and dusted, everyone’s a winner.

Another who may find himself back at Everton in the not too distant future is Wayne Rooney, and hearty congratulations to him on equalling Sir Bobby’s record of 249 career goals for United. It’s been a long time coming for Wayne, as he’s finally reached the milestone about 2 years later than one might have anticipated – a once prolific striker nowadays consigned to a mere supporting role.

Mourinho deserves some credit for how he’s skilfully managed to solve the Rooney conundrum with a degree of sensitivity. Both Moyes and Van Gaal found themselves hamstrung by the fact he was club captain and a seemingly automatic first team choice, playing him despite his awful form and terrified of the implications of taking him out of the firing line. Mourinho meanwhile, played Wayne until dropping him became a no brainer – it was the kindest thing to do.

Rooney must know in himself that his career at OT is drawing to a close, yet I read something this weekend about United having an option to extend his contract by a further year. Do me a favour, as things stand it’ll be a major surprise if he’s still here in August given the fact he’s no longer a confirmed starter. Far from kicking off about it, you get the impression that Rooney is fully aware the end is nigh and is now content to be getting any game time at all. Whatever happens over the coming months, 13 years and all-time leading scorer at the club is an incredible achievement. In this red’s opinion at least, the plaudits being thrust his way currently are richly deserved.