Season’s greetings, readers. The good news is that Christmas is fast approaching, whilst the bad news is United are in action more frequently over the next month or so. At least a few days off work means the opportunity exists to try and blot this out via excessive drinking and/or drug use. It’s the only sensible option now, surely? You’ve got to be some kind of masochist to be deriving any enjoyment from our football whilst sober. It’s got that bad I’ve marked next year’s international breaks on the calendar. Although once upon a time regarded as a nuisance, they now provide a welcome respite from the drudgery of watching United every week.

The Palace and Young Boys games last month saw us reach that rarefied level of mediocrity not witnessed since the winter of discontent during Van Gaal’s final season. Some older heads compared the general mood to May 1989 when barely 20,000 turned up at OT to watch dead rubber, end-of-season snoozathons versus Wimbledon and Everton. We’ll get better in time, there’s no doubt about that. But these are dog days, my friends. The general malaise on the pitch is spreading to the stands and Old Trafford is getting emptier by the week. We’re bad at the moment, really bad.

You know exactly how grim things are when you’re receiving texts off mates informing you that they’ve stuck a tenner on 0-0 at 18/1 and your reaction is “good value”. And that’s against Young Boys, remember… comfortably one of the worst teams we’ve faced in Europe over the last 20 years. That’s the extent to which the level of expectation has now sunk; people are turning up/tuning in and fully expecting not to be entertained. You know things aren’t going well when the manager is celebrating goals by smashing up water bottles at the side of the pitch. And the bet? He cashed out with 10 minutes to go for an easy £100.

The usual ‘hooray for everything’ twitter lunatics were ecstatic of course. Yes, qualification for the knockout stages was achieved, but an injury time Fellaini winner shouldn’t shift attention away from the dismal 90 minutes that preceded it. This wasn’t the team misfiring or having an off-night, it was a textbook example of our current performance level. We’ve been absolutely appalling all season. 7th position in the league and 16 points behind the leaders flatters us quite frankly. The fact we’ve qualified from the CL group stages with a game to spare is a minor miracle.

Looking at the team, it’s hard to see any positive signs that improvement is likely over the next few months. Believe me, I’m not wallowing here… this is just an honest appraisal of where we’re at. I’m sure Lukaku will start scoring goals again at some point, but he’s not suddenly going to develop into a capable footballer. Our midfield continues to underperform. Physically imposing, yes… but we’re so static and lacking any kind of creativity. Pogba is a talent, but he doesn’t have the desire or motivation to lead us up a mountain from where we’re currently stuck. We might as well cash-in as soon as anyone offers big money because his heart simply isn’t in it.

Matic is 30 but plays like he’s 40 and Fellaini is routinely awful despite offering a late goal every 6 months. Elsewhere, non-entities like Lingard and Herrera have somehow played themselves into peoples’ affections over the last couple of years. I can see why, because they do at least seem to care, but it doesn’t change the fact that both are incredibly limited and offer no level of consistency whatsoever. I’m not having a pop at these lads personally here, but we’re destined to struggle for a long time to come if average players are going to be rewarded with 5 year contracts just because their attitude doesn’t stink. 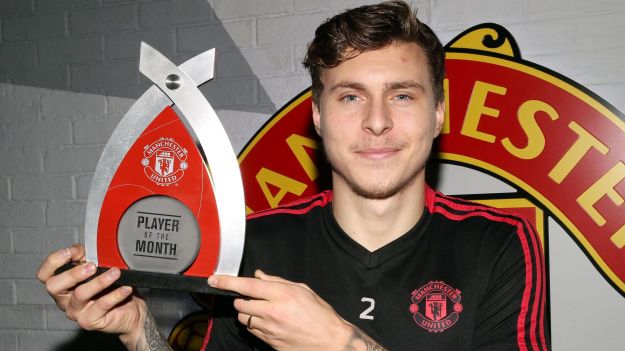 As ever, our defence is an accident waiting to happen. Current (no sniggering) ‘player of the month’ is Victor Lindelof, presumably because he managed to stay fit for a handful of games (before getting injured again) and every other player in the squad performed significantly worse. After the recent bombshell news that Young and Valencia are being offered renewed terms, it seems that Chris Smalling is also in talks over a new deal. Once again, I have absolutely no idea how or why.

Do we offer these contracts and trigger extensions under the illusion that it might pique the interest of other clubs so they’ll inexplicably rush in waving a huge cheque? I don’t understand United’s thinking here at all. If you’ve got a player who’s underperformed throughout the entirety of his previous deal, why are we insistent on tying them down to a new one? Presumably Matteo Darmian will be the next recipient; sign him up for 5 years on £100,000 a week and then watch Milan steam in with that £60M offer.

To my mind, given his obvious limitations, United should be nudging Smalling towards the exit door rather than attempting to secure his services for another 5 seasons. We did exactly the same with Luke Shaw, who still looks nothing like the finished article despite many people having convinced themselves otherwise. To prove yourself at United these days, it appears all you need to do is turn up for training every day and fulfil any commercial obligations the club put in front of you. Luke Shaw has been here 4 and a half years now yet I can’t recall 4 and a half standout performances from him in that time. Not to worry, there’s your new contract.

The only current player deserving any kind of increased remuneration is the goalkeeper, who despite not enjoying his greatest run of form in recent months, continues to perform at a level that puts the rest of his teammates to shame. Keeping De Gea beyond this utter shitshow of a season would be tantamount to cruelty at this point. How demoralising must it be having an ever-evolving cast of clowns playing in front of you as opposed to the solid defensive unit most top sides tend to favour? Yet here we are, dishing out new deals like confetti and rewarding year upon year of injury-prone ineptitude. Mourinho was brought in to sort out this mess but it’s honestly getting worse.

1 thought on “Gods and Monsters”