“I will be successful here. There are players here that won’t be part of that.” Ole Gunnar Solskjaer, 21st April 2019

“I might just have a look at him again because if he has changed as I think he has… he might have a career here.” Ole Gunnar Solskjaer, 16th July 2019

Welcome back, readers. Good summer? Did you marvel at the spirit of those brave Lionesses? Were you surfing the wave of national pride instilled by the Cricket World Cup win? Were you one of the 17 attendees of the #glazersout protest at OT last month? Very nice. Settle yourself down and let’s crack on with a brief appraisal of the summer’s transfer dealings prior to what’s set to be another… erm… season in the history of Manchester United Football Club.

To nobody’s surprise, the great summer re-build of 2019 began slowly and never quite gathered pace. The demolition crew got called to another job and somebody forgot to order a skip, presumably. Ander ‘antithesis of the modern footballer’ Herrera went to PSG for a huge payday and Valencia packed his bags for Ecuador at long last… so as things stand it’s pretty much as you were. Having ended last season fantasising about a bloody cull of a dozen or so serial wasters, disappointingly, Woodward appeared to set about this task brandishing a dessert spoon.

At the time of writing, neither of the gruesome twosome of Pogba and Lukaku have been shifted. Both made noises and there were certainly clubs interested, but no one came up with the money funnily enough. As regards Lukaku, if Inter Milan did offer a reported £54M then I’ve no idea why United didn’t snatch their hand off. Just because United vastly overpaid 2 years ago doesn’t mean we should be so presumptuous to expect his next club to do similar. I don’t care about him offering a guaranteed 20 goals a season either, we miss out on at least another 30 due to him tripping over his own feet every 5 minutes.

Pogba’s forlorn attempt to force a move was every bit of half-hearted as one of his typical performances. If you’re going to style yourself as some nomadic, hired-gun big bollocks a’la Zlatan, then your football has to back that up. £120M fee, £350K a week wages and a £20M Raiola dividend represents an astronomical outlay and should guarantee a return. The fact Madrid prioritised 4-5 other players before turning their attention towards him spoke volumes on how United’s abysmal ROI hasn’t gone unnoticed. Neymar is similarly tainted now too, he comes with that much baggage that willing suitors are thin on the ground.

Whilst we’re on the subject of Pogba and Lukaku, if the pair do remain at the club this season, I’ll make the prediction now that this won’t be the last time I’ll be having a pop at them. I’d better be careful, however. It’s been suggested on social media that United supporters’ criticisms of certain underperforming players carry racist undertones. Presumably this has lain dormant for years whilst the likes of McGrath, Ince, Cole, Yorke, Ferdinand and Evra were universally lauded, only to be unleashed in a ball of pent-up rage and frustration now the team struggles down in 6th place.

I made the mistake of engaging some random on twitter on this subject a couple of months back. He was an intelligent guy who was adamant that race was one of the reasons behind the onslaught of criticism Lingard and Pogba regularly face. I don’t believe that there’s any racial motive behind any such criticism, personally –  but I wasn’t going to win this argument as the lad in question happened to be black. It was a genuine ‘check yourself’ moment as I found myself about to tell a black guy what did and what didn’t constitute racism. Clearly, I was hopelessly out of my depth and not fancying an internet pile-on, I extricated myself from the conversation as quickly as possible.

Just so we’re clear then (if it ever needed pointing out), when I’m calling Lingard a dick, I’m calling him a dick because he’s a dick. I’m not singling him out for abuse because I’ve got a small platform on which I can push a long-suppressed racist agenda onto a load of easily-influenced, potential white supremacists. Although there’s plenty of groups openly peddling that kind of nonsense in 2019, it’s a bit of a stretch to suggest United fans’ criticism of players is fuelled by an undercurrent of Infowars-style populism amongst our support. Sorry, not having it. 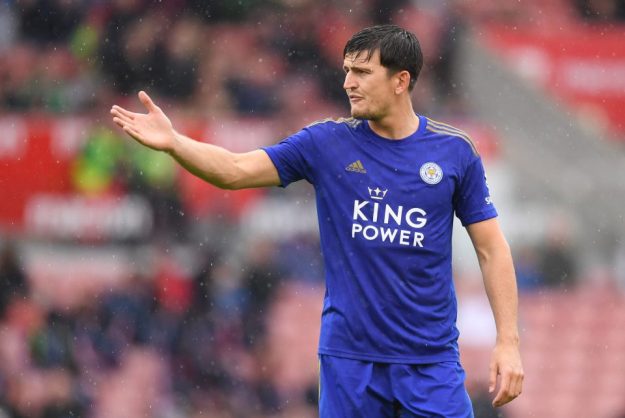 As regards incoming players, despite being linked with just about everyone in Europe, deals have been concluded at a breathtakingly slow pace. As of fanzine deadline day (last Saturday), we’ve signed only Daniel James and Aaron Wan-Bissaka. However, yesterday saw news break that Harry Maguire will be announced in due course and the proposed Dybala-Lukaku swap deal is still up in the air.

Whilst there’s a couple of capable defensive additions there, with a little over a week to go until the Chelsea game the squad still looks dangerously imbalanced. Currently we have Pogba, McTominay, Matic, Lingard and Mata… and that’s about it. If we start the season with just 5 established midfielders (I’m not counting Fred, Pereira and Sanchez) then by the middle of September I predict we’re going to be seeing Jones or Rojo featuring there. If that thought doesn’t scare the shit out of you too, then you’re either incredibly brave or completely deranged.

No one was expecting last season’s dysfunctional mess to be fixed in a single transfer window, but I can’t help feeling we’re quickly going to regret the soporific approach to squad re-structuring that’s been in evidence. Much needed pruning of deadwood like Darmian and Rojo has failed to materialise, which makes it all the more frustrating how each received undeserved, extended terms in the vain hope of maximising returns from potential buyers. As predicted at the time, we appear to be stuck with the pair indefinitely as no other club appears to be in the slightest bit interested.

Ole may well publicly bemoan the “hard” market and shortened transfer window, but surely the club should have anticipated what was awaiting them this summer? United are no longer in an exalted position where they can bully the likes of Leicester and Newcastle into reluctantly selling their prized assets. No club in the Premier League is in a position where they are are forced to sell because everybody is stinking rich now. United have spent years extolling the virtues of their commercial acumen and infinite revenue streams; rather than making a statement and demonstrating a genuine desire to get back to the game’s pinnacle, most of this summer has instead been spent splashing about and treading water.

1 thought on “Burning Down The House”