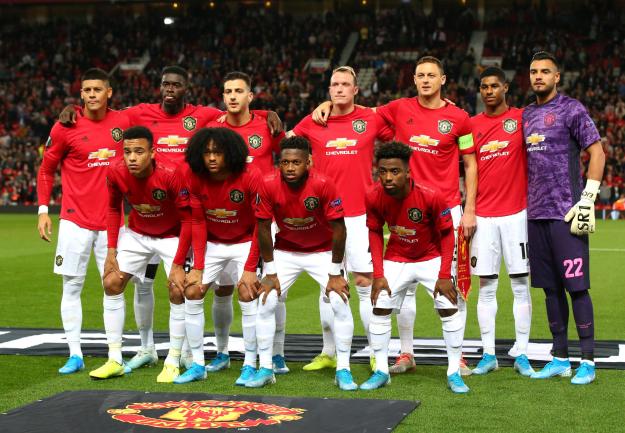 Typical. Having ended the last column with the doom-laden prediction that Ole might not see out the month of November, right on cue the team lurched out of its 6 month stupor and managed to string together a few wins. Despite decades of practice, I remain an utterly crap football pundit. Thankfully I do recognise this shortcoming in myself so had the good sense to stop gambling on the sport years ago.

Does this sudden improvement change much? Not in the grand scheme of things. 7th in the table is better than 13th and clearly making chances and scoring a few goals is a step in the right direction. Personally speaking, it’s going to take a lot more before I acknowledge this recent run as anything other other than a temporary blip. Since we’re currently stuck with this uneven mix of youngsters, deadwood and permanent crocks… the team could yet finish 5th or 15th this season.

I know I sound like a miserable bleeder but surely it’s better to be realistic in this situation? For all the saturated coverage football enjoys with round-the-clock SSN and the execrable MEN daily blog, perspective has dipped to an all-time low. Rashford smashes in a free kick against Chelsea and 18 months of drilling every effort into Row Z is forgotten in an instant – suddenly he’s on a par with Ronaldo. Fred finally manages a complete handful of passes and he’s the new Makelele. The McSauce and Martial FC cults… I honestly had a better grasp of footballers and their respective talents as a 9 year old than these clowns spouting nonsense on twitter and YouTube fan channels.

You want some real perspective? Let’s try the fact that Spurs have just sacked Pochettino after a miserable run of 25 points from their last 24 league games. Relegation form, that – but it fairness it coincided with a period of upheaval during which they underwent a protracted move into a new stadium. Not to mention they also reached their 1st ever European Cup final in May which might have proven a tad distracting for a club starved of trophies in recent years. Throughout that same time United have collected a grand total of 24 points, also relegation form. So excuse me for not turning cartwheels because we managed to dominate Brighton at home and Rashford did a couple of stepovers whilst playing for England versus Kosovo.

It’s all well and good extolling the virtues of patience and how it served us well in previous generations, but I was around for the 4-5 years in which Fergie struggled to find the right mix and can’t recall anything like the level of mind-numbing tedium we’ve seen a continuation of over the last 12 months. I don’t have any faith in the board, the coaching staff or half of the players we’re invested in. Despite people claiming otherwise, we’re still crap to watch and evidence of genuine progress is hard to see. Just 6 wins from our last 20 league games is pathetic. Faith in youth and the ‘United way’ is great, but they’ve fast-become well-worn tropes that excuse the lack of investment and urgency in addressing continued failings. 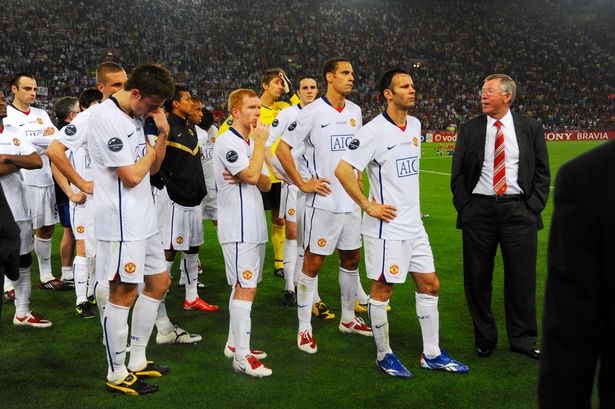 If you look back to where we were at the start of this decade, it’s incredible to consider just how far we’ve sunk. Back then, despite being recently schooled by Barcelona in Rome we were still in an enviable position domestically and in Europe. All it needed was to continue the blueprint Ferguson had created a few years previously. Add 1-2 players a season and accept the fact you need to pay above and beyond the going rate to attract the best available. Instead, we decided to cut corners. Playing Phil Neville, O’Shea and Jones in midfield; Tevez and Ronaldo never replaced; investment in level-par workhorses like Young and Valencia as opposed to seeking-out the best in class. The list of failings could go on – we brought this decline on ourselves from a position of almost total dominance.

It took us 30 years (with the various ups and downs along the way) to reach the summit of European football again. To throw that away in the manner United did, especially with the unfathomable sums of money pouring into the club, wasn’t just careless… it should be seen as criminal. The arrogance of Ferguson telling us how great the Glazers were whilst not signing a central midfielder for 5 years; the arrogance of those owners sucking millions out of the club and allowing the quality of squad to slowly regress and decay; the arrogance of supporters too, endlessly parroting the mind-numbing ‘20 times’ mantra and still banging on about the treble now. The club has sat on its hands whilst City and Liverpool glided past us, fully-focused on writing their next chapters rather than trading on trophies won last century and tolerating mediocrity.

Do you think this would have happened at any other European giant? Would Juventus or Real Madrid or Bayern be content to sit in mid-table experimenting with various permutations of inexperienced kids? Would they bollocks. We’re currently being sold a lie with all this ‘faith in youth’ nonsense that bears little relation to how youngsters have been integrated into the squad in previous generations.

The class of ‘92 are rightly cited as the textbook modern day example of successfully birthing a selection of youth team players as opposed to spending millions. Remember though, that group was married into an already title-winning side alongside the likes of Irwin, Pallister, Bruce, McClair, Keane, Giggs and Cantona… not to mention the signing of Cole who was the most prolific striker in the country at the time. Those players were the established framework which enabled those youngsters to come in and thrive – the foundation of experience and a proven level of consistency was already in place.

How would Beckham, Butt, Scholes and the Nevs have fared with our current group? Shaw, Young, Jones, Lindelof, Lingard, Pereira and Martial doesn’t quite have the same ring to it, does it? I’ll tell you now, Ferguson would never have attempted such a move because he’d have known full well we’d have been left woefully exposed and the latest group of kids would barely have stood a chance. Instead, he’d have been demanding the likes of Kane or Lewandowski be recruited as a matter of urgency. The idea that Williams, Garner, Gomes, Chong and Greenwood might collectively blossom in this current set-up isn’t just wildly optimistic, it’s verging on ridiculous.